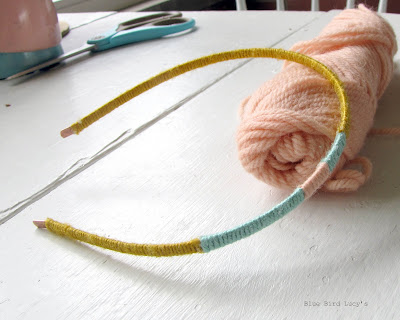 This is super easy, fun, and quick headband to make! I used several colors in mine but it would also be fun to just use one and it would be that much easier and if your short on time faster!

What you'll need: Headband (i used a metal headband as it's more durable, but you could use plastic), Yarn, scissors, glue (I used E-6000 but some parts would have been easier with a hot glue gun, more on that later), and that it's!! 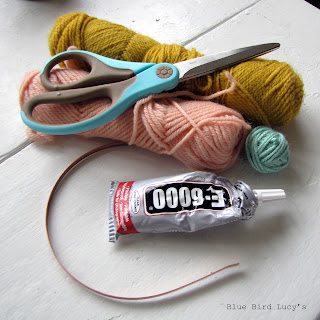 Step One:
Start by gluing your yarn on the back side of your headband just above the tip. This is where hot glue would have been much easier! 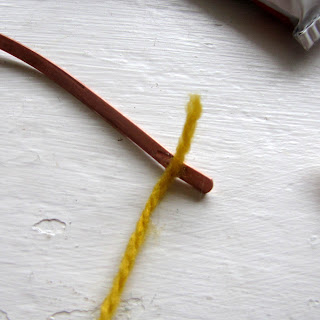 Step Two:
Flip headband around and add a thin strip of glue to the top of the headband. Make sure not to make the glue to thick as it will show through the yarn and make the yarn look gunky. 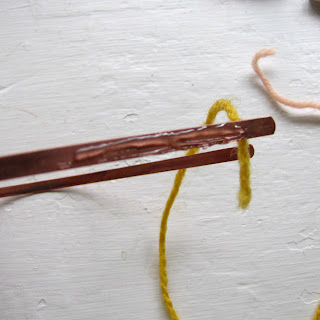 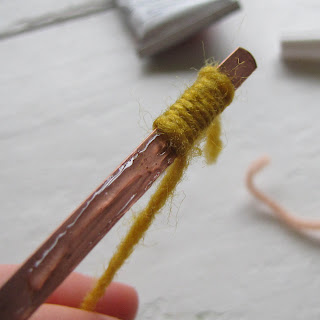 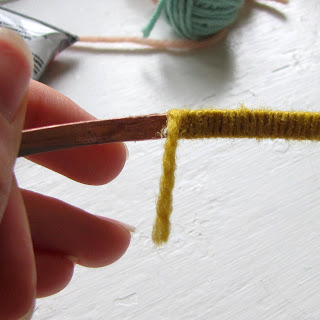 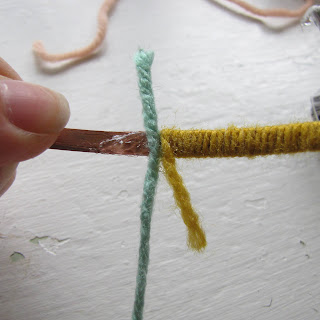 Step Four:
Continue wrapping and gluing your second color as you go. Now your ready to stop and start with as many different colors as you would like! 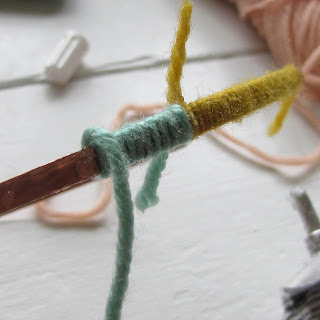 Step Five: Finishing Your Headband
Now that you've finished wrapping and gluing your headband you simply finish off your headband the same way you began. By once again gluing the yarn to the backside of your headband. Next go back and trim your ends so they are not visible in the front and your finished!! 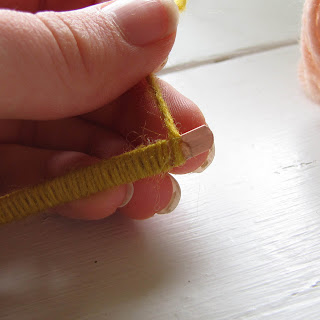 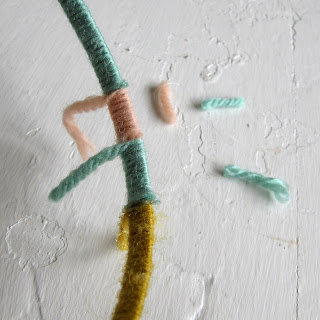 Side Note: I decided to use the E-6000 instead of hot glue as I felt that the hot glue would make the headband look to gunky and stringy. I've found that sometimes yarn and hot glue don't always get along so well:) However it was much easier to finish off the ends using hot glue as it dries much faster and you won't really see the back.
Let me know what you think or if you have any questions! Sometimes I think faster then I type (and my little one's starting to wake up!) so if I left any thing out please don't hesitate to ask questions!
Enjoy!! 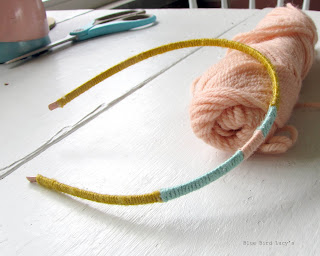 cool idea! i think these would look great in the fall and winter! i think i'll be making some! thanks for the tutorial!

Love this headband--so crafty!
Would love for you to link up to my Headband Link party over at Little Miss Momma! Here's the link:
http://littlemissmomma.blogspot.com/2010/09/headband-week-link-party-and-surprise.html